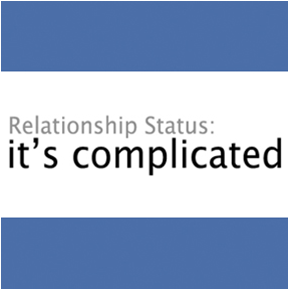 In 2016 I conducted a survey at the INFORMS Analytics conference in Orlando on the organization of analytics groups, and on the potential impact of current trends in the analytics landscape. ORMS Today included the summary of the results and the editor Peter Horner, added the title, “O.R. and Data Science: a Complicated Relationship,” which encapsulates a longstanding challenge that is not going away.

Advanced analytics practitioners and business executives are always striving to understand the nature of the problems facing them, so they can hire and manage talent and develop the best solutions. Seems straightforward enough, but technologies, methodologies and terminologies are evolving.

The same professional can have a job title that includes either Operations Research (O.R.), Analytics, or Data Science. Conversely, these labels at times represent three very different communities.

In creating the survey, I wondered how practitioners currently feel about the relationship between O.R. and data science, the hot practice area which is now a much more popular search term according to Google Trends. In fact, back in 2009, “data science” wasn’t even on the radar of the INFORMS committee on certification, which I served on. Nevertheless, its title was hotly debated—what would the certification be called? I suggested the certification could be in “Analytics” rather than in “O.R.” because INFORMS already had Analytics magazine and at that time the term was skyrocketing (it remains a very widely used search term, as seen again in Google Trends, due in no small part to Tom Davenport’s blockbuster, Competing on Analytics). My colleague Rahul Saxena seized on this labeling and wrote a 2010 article for ORMS Today asking the provocative question, “As Analytics Subsumes O.R., Will INFORMS Subsume Analytics?”

Beginning in 2010, Anne Robinson and Jack Levis led marketing and practice initiatives for INFORMS to determine whether INFORMS should invest in products and services related to Analytics. With Gary Bennett, they published in ORMS Today an article announcing that INFORMS had “officially” joined the Analytics Movement. Our former certification committee was disbanded in late 2009, and the work of Jack and Anne and many others eventually led to the INFORMS certification program, now known as the Certified Analytics Professional (CAP).

In 2015 a Certified Analytics Professional, Michael Beyer, posted in an INFORMS forum a cogent piece about the convergence of quantitative fields and the precarious position of O.R. I encouraged him to turn it into an ORMS Today article, which can be read here: “Has Operations Research Outgrown Operations Research?”

Generally, there are strong and mixed emotions about our practice, as evidenced by the many write-in comments we included verbatim in the Orlando survey summary. There is modest concern that Operations Research is being subsumed by Analytics and Data Science, and that O.R. is slowly becoming irrelevant. There is modest agreement that Operations Research professionals are too often pigeonholed within the execution phases of Analytics. Opinion is evenly divided about the claim that the rapid increase in citizen data scientists is making it harder for Operations Research professionals to make an impact.

The survey also revealed a broad distribution of roles and functions within analytics groups at businesses; that businesses deploy and manage analytics practitioners in a variety of ways, with no dominant framework; and that practitioners are evenly divided about whether they should be centrally organized or organized by industry and/or application area.

These differences add complexity to the introduction, acceleration and management of analytics at businesses. If you need a third-party perspective on the best path forward for your group, we will certainly welcome a conversation.