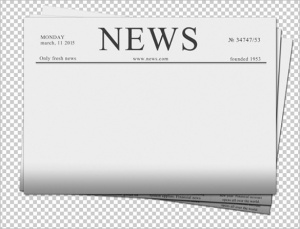 Optimization is a powerful approach to driving up the value yield from a scarce and expensive asset. Space is another asset that can be as scarce as equipment and no less contentious: shelf space, space in shipping containers and freight cars, seats in auditoriums and arenas, and space in magazines and newspapers. Take ad space. It is a precious and limited asset, both for businesses needing to reach a target audience and for those who own the media outlet. Allocating ad space in a publication also represents a decision that has to be made over again each time a new edition hits the street, making it a prime candidate for optimization.

Management of a leading provider of news and information, upgrading its aging legacy IT system, sought to improve its ability to configure and sell complex advertising campaigns in its flagship publications: a worldwide daily business newspaper and a weekly edition. In the turbulent, rapidly evolving media environment, newspaper publishers more than ever require the highest level of service and decision making to meet advertisers’ needs in real time.

Advertising requests often arrive at the last minute and can entail complex arrays of batches, hierarchies and contingencies. Adding to the complexity, this publisher, more than most, maintains its own robust set of rules that govern if a designated ad can be accepted for a specific location, according to color placement, competitor proximity, and many other factors.

While a paper would like to say yes to every request, doing so it not as easy as it sounds. There are often many constraints and rules that govern the way a newspaper positions its ads: competitors’ ads cannot be placed on the same page, and ad cannot be run near an article about the advertiser, and certain types of ads are not “appropriate” for placement in the newspaper’s main news section.

Given the complexity of the editions and the number of rules, laying out the newspaper’s ads was tricky business. And as the paper began to expand its use of color, the exercise became even more challenging, since only so much color could be included in each run of the paper.

For many years, placing of the ads was done manually by two employees whose role was so critical and specialized that the two could never be on vacation simultaneously. Over the years, these two individuals had created written scenarios—nearly 64 of them! The scenarios represented alternative preset configurations for laying out the paper, depending on news content, planned inserts, and, of course, the type and number of ads requested. Each night, the two employees decided which scenario would best accommodate all the requested ads for the edition and proceeded to lay out the paper accordingly. Ads that did not meet the scenario’s specs were shelved, leaving advertisers guessing until morning about the fate of their ads. Sometimes, when the newspaper could not immediately assure an advertiser where, when, and how a submitted ad might be published, the advertiser took his or her business elsewhere. The result: lost revenue and lost customers who headed for more reliable advertising venues.

Line-of-business and IT executives hired Princeton Consultants to design a custom optimization “brain” to communicate with the core IT system. This real-time optimization model manages space in the newspaper and its sister publications. In assessing potential advertising insertions, the model dynamically moves other advertisements, sections, color, and news for multiple publications simultaneously. It minimizes paper usage and maximizes advertising revenue.

Significantly, the model improves service at the time of booking, when it is critical for an advertiser and a salesperson to know confidently that a certain space has been successfully claimed and to upsell more sophisticated advertising campaigns.

When an advertisement is canceled, it immediately places standby advertisements. When the publication is reconfigured by a logistics user, the model reflows the advertisements automatically to make best use of space. As a result, there is much greater ease in meeting urgent or complex requests.

Implemented in 2004, the model is still in use and is an optimization success story that continues to help drive the success of several of the world’s best-known publications.

This post contains excerpts from The Optimization Edge: Reinventing Decision Making to Maximize All Your Company's Assets (McGraw Hill) by Steve Sashihara, www.optimizationedge.com.