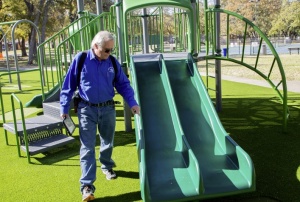 Occasionally we highlight services and solutions from outside our Optimization Practice.

A regional business insurance broker’s risk control division sought a new-generation software application and automated process to audit businesses for risk and provide mitigation recommendations. Traditionally, inspectors traveled to sites and filled out paper checklists, took many photos on digital cameras and uploaded them to a local computer, transcribed information into a web browser, exported to Word document reports which required additional manual modification and layout changes, and finally emailed the final report to clients. This process was supported by an internal software application that had become outdated, unstable, had frequent downtime, and was inadequately supported.

The company leaders envisioned a modern process. On a field tablet device, inspectors would capture and enter information and photos all electronically, attaching them to relevant fields. The system would have to work offline because many visited sites are rural, without Internet.

The insurance company had previously engaged a software vendor that failed to deliver an application. The company’s leaders searched for a trusted partner to both successfully develop and implement an application, and they retained Princeton Consultants.

The team conducted initial discovery, consisting of employee interviews and documentation and code review, to summarize the legacy system’s main defects and to list desired improvements. The company’s leadership and staff had ideas to improve the application and streamline workflow but no way to realize them. There was significant accumulated data which was no longer used, and it was not clear how deleting it would impact stored reports. The system lacked good user security. There was no edit protection in the Word reports, which could lead to differences between online versions and final reports, with no way to tell who had edited them. The company’s clients declined to use their portal to the system, which was slow and cumbersome. Two of the company’s divisions used different versions of the system, leading to additional confusion.

The company’s leaders and the Princeton Consultants team set the goal of issuing a field device with camera to allow inspectors to create field reports during the actual inspections, which would greatly accelerate the availability of reports to customers, and improve inspector productivity. The new system would enable the updating of standards and templates. A modern user interface was envisioned to simplify the inspection workflow and ease data entry by providing suggestions to users.

Delivered on time and within budget, the new-gen application is used by the insurance company’s managers and inspectors, who have resumed pre-Covid levels of onsite activity. Encouraged by the positive software rollout and early reports of service and productivity gains, the company’s leaders have authorized a new level of enhancements, with the possibility of eventually marketing the application to the industry nationwide.

To learn more about this application and Princeton Consultants' custom software development, email us to set up a call.