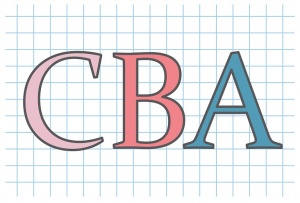 When working with clients on business processes ripe for optimization, we often must prove and quantify the potential benefits of an optimization project applied to their specific operations. Some executives may say, “But our business is different” or “We already are operating efficiently.” We then propose a low-risk project that centers on a cost-benefit analysis of their operations, through which we quantify the potential costs of implementing an optimization project as well as the estimated benefits.

Our cost-benefit methodology is based on years of experience from our management consulting practice of conducting these analyses for many clients for projects entailing optimization and for projects about business process improvement. First, we perform onsite visits to observe the processes in action. We interview managers and workers to gain a deeper insight into the existing processes and to understand if they believe there is room for improvement.

In one case, we observed how the workers recorded their times for completing tasks. The time recorded was an incurred cost to the company, because the workers were paid based on the time they reported. Workers told us they often recorded the time for each task (many of which took just a few minutes) at the end of the day. Later, when we analyzed the recorded data, we found that most of the recorded times were multiples of 5 minutes. We recommended to the company’s leadership the creation of a system that would better automate the recording of these times. With more accurate reporting, an optimization system could then use those times for better scheduling and sequencing of the work.

To execute the actual cost-benefit analysis, we obtain data that represents the current operations, collected over some period, typically for at least 6 months. We use that data to estimate the costs of different operations, and how much benefit would accrue if those operations were to change as the result of optimization. We don’t necessarily build an optimization model to compute those benefits, but we use our experience and guidance to come up with rough estimates. Sometimes we write simple simulation models to help estimate potential improvements. Prior to joining Princeton Consultants, teams that I worked with did not have as rigorous a process for cost-benefit analyses.

To make the overall analysis easier for us to deliver and for our clients to understand, we employ custom Microsoft Excel templates. With these templates, we create different scenarios that simulate the effects of potential changes to operations. We present conservative, moderate and aggressive estimates of the benefits. Typically, when there is potential for optimization, the benefits significantly exceed the cost of a project, so we present an estimate of the Return on Investment (ROI) as well as the “Time To Payback” (TTP).

W conducted a CBA for a sales and marketing services company that is described in a case study published on our website. In this case, we demonstrated a conservative potential benefit of $10 million per year if our recommendations were implemented. Some of the recommendations were to change business processes and existing data collection systems, which would lead to lower costs of operations without optimization. The largest benefits were shown to come from using optimization. This CBA allowed the leaders to evaluate the potential optimization project along with other strategic initiatives. The CBA convinced them that optimization could deliver value to their business operations.

If you’d like to discuss a CBA for an optimization project at your organization, contact us to set up a call.