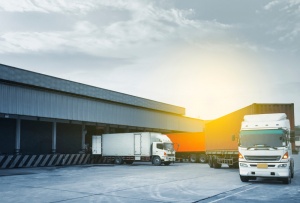 For years, relay trucking, in which drivers exchange trailers and/or tractors, has been a popular topic but elusive practice. On Sirius XM’s Road Dog Trucking Radio, Princeton Consultants CEO Steve Sashihara discussed the appeal of and obstacles to relays, and the confluence of technology and business factors that may lead to their increase and how that would transform long-haul trucking. Following are lightly edited excerpts from the July 16 program.

Mark Willis (host): When you mention the game is changing and you look at the way that loads are being shuttled about, the relay system seems to be growing by leaps and bounds. The load is basically taken part of the way and then transferred on to another driver. There must be multiple reasons for that. Are you seeing an overwhelming increase in the number of relay systems being implemented?

Steve Sashihara: I wouldn't say “overwhelming,” but everyone wants to do it and is trying to think of ways to do it. Up to now, it hasn't been very easy unless you had a highly dense set of facilities or people could swap trailers, and most people don't have that. What's made it almost impossible up to now is if you want to have two trucks meet, swap loads, and go back, and they're meeting, say, at a public facility, everything has to work out just perfectly. They have to both get loaded at the same time, depart at the same time, and drive at about the same speed with no congestion. Up to now, it's really been cherry‑picking those opportunities, but with all the new technology coming—that's where we come in—you can actually get more situational awareness and say, "Hey, instead of meeting at Exit 5, we'll be meeting at Exit 6. I'll be driving a little further, you'll be driving a little closer.” The motivation for relays comes and goes. Trucking's a little looser than it was last year at this time. Over the long arc of commercial truck driving, for one reason or another there are fewer and fewer drivers—people are looking for ways to have a good living but also a good lifestyle. Relay can mean being home every night.

Mark: That sounds like more of a hub and spoke operation. Am I correct?

Mark: Are we seeing the beginning of autonomous technology taking over some of those routes? Is that the next step, the next gateway through relays?

Steve: Relaying would allow you to have quite a hybrid during certain parts of the drive. On long stretches of I‑80 in good weather, you could run an autonomous vehicle but then, if you have a robust relay network, you could use humans to shuttle it through places where that just makes more sense.

Warlock (caller): Hey, thanks for taking my call. As far as the swap and load goes, I’m in the trucking scene 20 years. If you have a network set up with that, it would be more favorable for solo drivers. With a team of drivers, whoever is in the back area is not getting any sleep whenever you're dropping a load and trying to get into the truck stop or the terminal and backing into a tight spot.

Mark: Steve, what do you think?

Steve: He’s right. You have to think about the swap time, even if the two loads meet. Generally, people don’t want to have just a live transfer—maybe more of a pool where someone's dropping and someone else is picking. If you’re running a team, maybe it doesn't make a lot of sense. Teams are designed to run continuously—just hooking and unhooking is going to disrupt someone sleeping in the back. You want something where there’s a facility where people can in- and out-gate, and then drop trailers and pick trailers. It’s more of a drop and pick move rather than a live transfer, which would just add a lot of time. You want the most efficiency for the driver as possible.

Mark: Let's go to John in Georgia. What do you think?

John (caller): At the company I'm leased to—we don’t have any company drivers—generally speaking, any swap or any repower is voluntary, unless there's an issue where you can't make delivery on time, then they'll pull the load from you. If I'm asked to repower a load, either to get somebody home or because they can't make it on time, I’m in a program in our company where I stay on our heaviest traveled lanes, specifically to be somewhat of a troubleshooter. I don't have a problem with that. I've actually commented, "If all I ever did was repowers, I'd be all for it because all I'm doing is running miles. I'm never hitting the dock." Like the other gentleman said, as a solo, we generally try to set our swaps up to where both drivers can get there and get their breaks in before they have to head out. It seems to work pretty well.

Mark: As far as working out, are we talking better home time, better dollars to your bottom line?

John (caller): I'd probably say a better opportunity for revenue because I don't really take any time off. The only time I really take off is when I schedule my truck down for service. Other than that, I'm usually out here running.

Mark: You're all in favor of doing the repowering? I appreciate the phone call, John. Steve, maybe that could be one of the selling points for inside of an organization to make it a voluntary component. What do you think about that?

Steve: It effectively is. Trucking is one of the most disaggregated industries in America. Whether you're a company driver, on or off, you can always switch. It really has to be a system in which the drivers are getting paid more or getting a better lifestyle, or both. Otherwise, it is not going to work. One thing that that John mentioned--and I agree with--is that in order to set the relay network, you really have to have a commitment to precision. Yes, people talk about empty miles—a of lot driving time is wasted sitting at docks, waiting for an appointment that is 45 minutes off, or they're not loading and unloading properly. The commitment to a precision network would make you say, "In addition to the relay, we're going to try to make everything at the docks work quickly," I think that would, for a lot of reasons, appeal to the drivers.