Intermodal Leads the Race to the Future 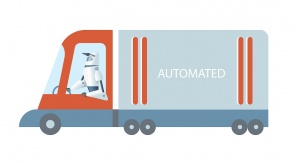 Following are my opening remarks for a panel on “smart technologies” at the Intermodal Association of North America (IANA) Expo in September in Long Beach. The panel session was covered by Transport Topics in this article and the Journal of Commerce in this article.

Since the dawn of civilization, human beings have used technology to improve the transport of goods from their point of origin to a different point of consumption. Think: the invention of the wheel. In fact, such basic "technologies" as money and an alphabet are probably traceable to the need to efficiently transact commerce across different societies and locations. It is probably not a coincidence that the Phoenicians, who are widely credited with inventing the alphabet, probably did it to support their main day job—transporting and selling goods around the Mediterranean Sea to many peoples scattered between ports in Africa, Asia, and Europe. But this is an old story--their pinnacle was more than 3,000 years ago.

More recently, technologies led to the development of railroading. The efficiency of moving large amounts of raw and finished goods over a steel highway proved to be an economic game changer and one of the key drivers of the industrial revolution. Created in the UK in the early 1800’s, railroading and its superior economics so quickly dominated the world of commerce that by the late 1800’s the railroad tycoon became the prototypical billionaire entrepreneur.

Why do I mention this? Because, while ocean shipping technologies have been around for millennia, and railroading has been around for more than a century, we are all here today for something invented during your lifetime or your parents’ lifetime: modern intermodalism.

The modern intermodal era was created in the late 1950’s and early 1960’s by the American inventor and entrepreneur Malcolm McLean, who along with his partners and suppliers invented and commercialized the standardized ocean shipping container and appropriate cranes, as well as the over-the-road chassis. These technologies, the ISO container (and probably just as importantly, the twistlock), along with equally efficient ways to lift them and move them over the road, created a system that changed the economics of shipping for the modern era. When the ISO container launched in 1956, longshoremen loaded and unloaded most cargo in the US; hand-loading a ship cost $5.86 /ton. Using McLean’s new containers, the cost immediately dropped from $5.86 to 16 cents a ton (or as Silicon Valley types like to say, a 36X savings). And it only got more efficient. For instance, double-stacking on railroads became widely feasible with technologies such as the well car, which allowed steel wheel efficiencies at 2X for long runs (e.g. Long Beach to Chicago or points further east).

Today, the modern consumer world is almost unimaginable without intermodalism. At its heart, intermodalism does not mean merely "transport by multiple modes"--after all, this has been done for thousands of years—but the invention and wide adoption of standards and technologies that make interchanging shipments across modes and carriers incredibly efficient. The modern intermodal revolution has been all about using new standards and technologies to improve freight transportation efficiency.

Every time a new standardized technology has been adopted, the new efficiencies in cost and service it brings has been quickly baked into consumers’ expectations and purchasing behavior: who they buy from; when, where and how. As each technology has been introduced, fortunes have been created as visionaries jumped into the game early, while doubters and wait-and-see types watched from the bleachers.

Our firm’s opinion—the elephant in the room or maybe the next room—in terms of radical new technologies for intermodal, is some combination of fully self-driving trucks and electric vehicles (EVs). The business case in our analysis for self-driving commercial vehicles is highly compelling, as long as we properly frame this as finding lanes or use cases where it drives significant value--rather than the straw man of a general-purpose robot replacement for all human drivers in all circumstances. Most experts, including the ATA, say fully self-driving trucks are inevitable—not if but when. I don't think there's anyone who doubts that when these technologies become widely used, they will represent as spectacular a new technology as we have seen in a long time.

The question is: are self-driving trucks, alongside or leveraging electric vehicle (EV) technologies, near, far, somewhere in between? This brings us to today's session. To help us unpack these new technologies IANA has invited four great panelists today -- each who works for an organization that is at the leading edge of innovative new technologies. Two of them represent what might be called "pure play new disruptors” and two are focused on "next-generation" offerings from well-known intermodal suppliers. Matrixing that, two are best known for optimizing facilities work, and two are best known for over-the-road. They are:

For more about Princeton Consultants' work in intermodal, visit this webpage.