Just One Metric: Time To Payback 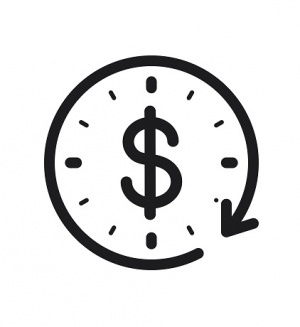 A highly visible and successful optimization project can generate an abundance of harvest opportunities. Beyond the projected payback or return on investment, is there another way to set priorities when faced with such abundance?

Maurice Schlumberger, former Capgemini chief technical officer and ex-practice head for ILOG’s Optimization Consulting Group, believes that there is. Schlumberger emphasizes the present of two distinct forces in any optimization or IT project: the size of the prize and the time required to achieve it. In general, the bigger the prize, the longer management is willing to wait for results. But the more time that goes by without payback, the more jittery investors become—and the more opportunities arise for execution problems.

This has led Schlumberger to focus on a metric that he calls time to payback, or TTP. The metric is designed to measure the time that it takes a project to break even after its launch date, taking into account all benefits and costs. Schlumberger and his team have spent time investigating the measure and have found TTP to be the best predictor of project success of any metric they have studied.

It is important to recognize that TTP is different from time to delivery, or TTD, a more commonly used metric that represents the time between contract signing and the point at which the software is deployed. In what Schlumberger refers to as “super projects,” TTP can actually be shorter in duration than TTD—if early completed pieces of the project begin to generate immediate financial returns. This was the case during the optimization work with ArgentAir, where early software-generated schedules created significant savings well before the three software modules that comprised the final deliverables were completed and deployed.

In more-typical projects, TTP exceeds TTD. As song as the TTP is kept relatively short—say, 12 to 18 months—Schlumberger has found that the chances for project success remain high. The client can see the value of the investment relatively quickly, and the returns accumulate at a rate capable of sustaining enthusiasm. The picture begins to change, however, as the time to break even extends out beyond two or three years. In such situations, a project faces increasing risks from either development problems or from shifts in the economic winds, which can disrupt funding. Schlumberger advises companies to look for opportunities in which TTP is shorter than two years.

This post is excerpted from The Optimization Edge: Reinventing Decision Making to Maximize All Your Company’s Assets (McGraw Hill) by Steve Sashihara, www.optimizationedge.com.