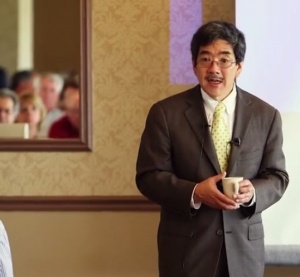 Optimization practitioners know it is not time that is valuable—it is contiguous time. Having a large chunk of time—a solid one-hour or two-hour block—is much more valuable than the same number of minutes in two-minute chunks.

It takes a certain amount of time, whether you are a person or a machine, to come up to context, to “get it,” to do some work, and then to put it away. If you are doing too much multi-tasking, you are spending a lot of time picking things up, putting them aside, and then coming back to them: “Now where was I?”

There is a computer science term called “thrashing,” which is when the machine is spending so much time bringing something into memory and putting it away, that it is actually not getting any work done. Often when a machine seems to have frozen up, it actually hit its thrashing point. It is still running, but it is just not doing anything you care about. The machine is spending all its time on: "Let me get this!"

I think business people may almost get to the equivalent point of thrashing, reaching that inefficiency part of our curve where we are just spending so much time on, “Did you get my email?” and “Oh, I've got to go through the email box!” We can spend too much time trying to find out what the sender is talking about and reading about it.

At the high end, optimizing for valuable time is like taking a large industrial problem and turning it into a game. This has a lot of applications for all our professional lives—optimization is sort of a way of thinking.

The Solver in Excel

Excel has a solver in it. Many of the people in this room—I certainly would count myself one— have spent a lot of our lives in Excel. It has a solver plug-in. I don't want to promise that anyone can become an optimization master just by turning on the solver, but if you find and activate the free Excel solver plug-in, you will be turning on what optimization practitioners use.

Optimization practitioners take a problem and reduce it to a formula. Almost all optimization problems are “maximize this” or “minimize this.” You might minimize costs or waste, or maximize utilization.

If you were at school and taking a course in operations research or advanced analytics, the professor may ask you to figure out where to place factories, or what levels of product a business should have. You will probably do that in something that looks like a solver and, like I said, it is right in Excel. It is beautiful when it is in Excel, too, because you don't have to learn how to get the data in there and how to edit it—it's just Excel, it's all there. So you can concentrate on how the solvers work and how to put together a problem such that you can optimize it. The Excel solver is very straightforward.

The core work that you do, along with finance data, has not changed much in decades, right? There are essentially the same core financial records, sales, basic GAAP expenses...

In a way, accountants are the first generation of data scientists, because—whether you are at a professional services firm, a manufacturer, or any other type of business—there is a common data language, called Finance, that will measure everything, that lets you reduce something to a common set of data.

Nowadays, there is a lot more data available, so I argue that we should take the same type of thinking that led to financial accounting and managerial accounting, and effectively apply that to all the new data that we have.

This post is adapted from a presentation and discussion with the New Jersey Society of CPAs (NJCPA) in October 2014.

Intermodal Leads the Race to the Future
Integer Programming and Beyond: An Interview with Ralph Gomory
Getting Facts Without Friction, and Other Trademarks of Great Optimizers
Model Review Helps Remsoft, a Global Leader in Optimized Asset Management, Improve Platform Performance
The Optimization Vision: Designing Your Project
Boosting Efficiency and Velocity through Simulation and Optimization at an Intermodal Terminal
Talking Tech with Truckers (Part 2)
Revenue Management: the Art of the Possible
Successful Analytics Projects Start with a Question About Business Value
The Pursuit of Blockchain and a Digital Future