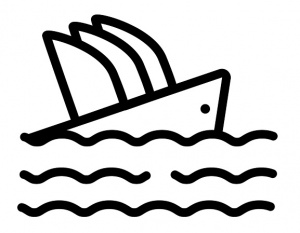 Periodically we draw from other Princeton Consultants practice areas for helpful content.

When does a project go bad? Signs of trouble don’t appear in status reports until the project is well underway. After all, it takes some time for the budget to slip significantly, and even if early dates are missed, there is a bias toward explanations like “growing pains”, “the team learning to work together”, and “IT is overallocated”.

In reality, the seeds are often sown before the project starts, camouflaged in business as usual. While the team focuses on acute problems—resource gaps, dropped features, schedule delays--systemic issues lie in wait for the next big project.

In the heat of the action, however, it is possible to identify systemic blockers to on-time, on-budget performance; then, in the aftermath, to weigh the costs and benefits of their remedies.

A business line of a global, top 5 financial services company serves thousands of institutional clients who demand flawless accounting and always-on reporting. Leadership recognized the need to replace an aging financial system with a modern platform that had a far horizon and features that its customers wanted promptly.

The move to the new system required both perfect execution and on-time performance to avoid losing clients to competitors. After six months of work, deadlines for the high-priority clients were approaching quickly, implementation was well behind, and simple arithmetic told the team that failure was imminent.

Company leaders retained Princeton Consultants to rescue the implementation and get it back on track. A Princeton Consultants project manager (PM) with technical expertise and deep experience in the application development lifecycle took over management of the project. After two weeks our PM had an inventory of major problems, each of which impaired a fundamental component of project management:

Our client collaborated in our rapid, tactical effort to address gaps in project management, and the Princeton PM was able to realign the implementation with the original timeline, resulting in no overall slippage. Just as important, we gave our client a realistic path forward.

Princeton Consultants recommended long-term changes in project-management processes and enablers. The company leaders connected its existing practices to recurring problems through the neutral, objective frame of efficiency, cost savings, and customer satisfaction, and began to rigorously assess which organizational and policy changes to make.

Contact us to learn more about our project rescue services.